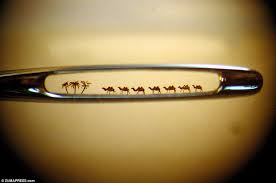 I’m sure everyone wants to know who I am…well if you are viewing this page you do. I’m Jared Warner and I am a pastor or minister recorded in the Evangelical Friends Church Mid America Yearly Meeting. To give a short introduction to the EFC-MA, it is a group of evangelical minded Friends in the Missouri, Kansas, Oklahoma, Texas, and Colorado. We are also a part of the larger group called Evangelical Friends International, which as the name implies is an international group of Evangelical Friends. For many outside of the Friends or Quaker traditions you may ask what a recorded minister is: the short answer is that I have demistrated gifts of ministry that our Yearly Meeting has recorded in their minutes. To translate this into other terms I am an ordained pastor, but as Friends we believe that God ordaines and mankind can only record what God has already done. More about myself: I have a degree in crop science from Fort Hays State University, and a masters degree in Christian ministry from Friends University. Both of these universities are in Kansas. I lived most of my life in Kansas on a farm in the north central area, some may say the north west. I currently live and minister in the Kansas City, MO area and am a pastor in a programed Friends Meeting called Willow Creek Friends Church.
View all posts by jwquaker »
« A Mindful Faith (Sermon September 30, 2018)
Boldly Ignorant (Sermon October 21, 2018) »

This site uses Akismet to reduce spam. Learn how your comment data is processed.